West St. John is young, but has veteran players 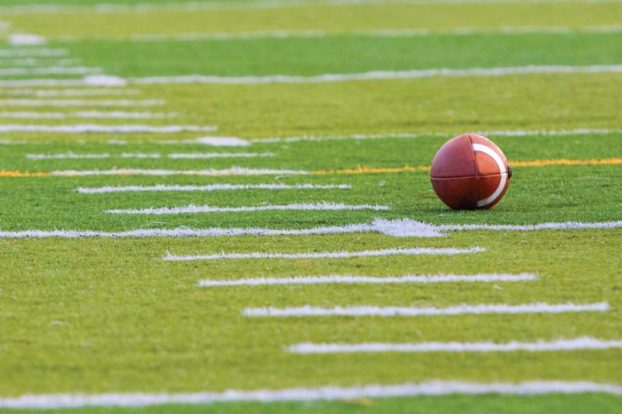 LAPLACE — Hurricane Ida delayed the start of the 2021 prep football season in the River Parishes and across Southeast Louisiana, leaving damaged facilities and widespread power outages in its wake.

Eleven days after the storm, schools are out until further notice, and St. John the Baptist Parish coaches aren’t sure what the start of the season will look like. Some athletes are beginning to come back to the football field, while others remain displaced with their families.

“We still don’t have any power in the community or at the school. We’re just trying to get the kids back in football mode, football shape,” Johnson said. “After this hurricane, we just need the kids doing stuff. We don’t want them just sitting around the house, and we know there is a lot going on with the kids’ family, as well as the coaches.”

The Louisiana High School Athletic Association has not announced any official schedule changes.

“We’re supposed to be playing Newman in Week 3 (September 17), and we’re trying to see how that’s going to go,” Johnson said.

Riverside Academy Coach Kevin Dizer has not seen his team since before Hurricane Ida devastated the region. He’s hoping to bring some guys back to their field next week, even if it’s in a limited capacity.

“I’m just looking at getting the guys back in and doing whatever we can next week. I’m not exactly sure what that will look like. It’s about getting them re-acclimated,” Dizer said. “We probably won’t put on pads or anything because I just don’t think our numbers will be that high. I anticipate around 25 guys next week. We might be able to get out there in shorts and T-shirts and throw it around some, but we’ll definitely get some running in.”

Week Four’s match-up against Southern Lab is still in question, but Dizer plans to have the Rebels back on the field and ready to play Albany on October 1.

“I think by week five, we should be playing for sure,” he said.

Riverside Academy lost its press box and half of its concession stand. Home games are not likely early in the season, but Dizer said it could be a possibility later on in the year.

East St. John Coach Brandon Brown said athletic facilities were impacted by Hurricane Ida. The field house took on some water, while the stadium’s light fixtures and score board saw some wind damage.

“We really don’t have an idea of when we’ll be able to move forward. I hope sooner than later to be able to give the kids some sense of normalcy,” Brown said.

However, he isn’t looking to rush kids back to the field.

“With our current situation in the parish, not having any power, what are they going home to? You have to think about their well-being at a time like this. We just have to take it day-by-day and pray for the best.”

John Ehret was in the same situation as East St. John during week one of the season. With East St. John still unable to play this Friday, week 2 opponent Plaquemine found another team to face on September 10.

“For next week, I already spoke with Coach Valdez, and they’re going to try to get back after it. If we had to make a call now, we won’t play next week, but we haven’t cancelled anything yet,” Brown said.

While the school building fared well, Stein told WGNO last week that Hurricane Ida’s fierce winds damaged the lighting system at the Thomas Dupuy Memorial Stadium. Earlier today, Stein tweeted that he was looking into renting lights for the stadium so his Comets seniors can play home games in LaPlace.