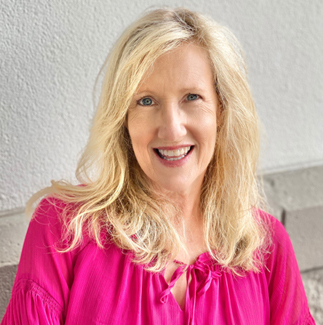 Washing cares & worries with the waves

I instantly said, “Yes!” when my daughter Elise invited me to spend a night in Bay St. Louis. It would take too long to explain why our little group included Elise, her daughter, my son-in-law Frank (my daughter Monique’s husband), one of his daughters, and my granddaughter Adeline, whose mother had to work. Frank’s family has a home there, and he’s very gracious about including us whenever he has an opportunity to use it.

I’ve never regretted a trip to the beach; this recent one was no exception. I sat by the water’s edge and thought of the many times I’ve written my worries in sand and waited until every last letter was wiped away by water mixing effortlessly with my tears.

The crashing waves drowned out voices of doubt and the reassurance of the constant love, forgiveness, and strength of God surfaced. This happened while my grandkids played, Frank sat in a broken beach chair he propped up with sand, and Elise haphazardly reapplied sunscreen. (She’s still paying for that mistake.)

The beach is my preferred place of prayer and I read something by Kentucky farmer and author Wendell Berry which helped me to understand why. “The great visionary encounters (in the Bible) did not take place in temples but in sheep pastures, in the desert, in the wilderness, on mountains, on the shores of rivers and the sea… I don’t think it’s enough appreciated how much an outdoor book the Bible is… it is best read and understood outdoors.”