Why identifying your risk profile is essential to investing 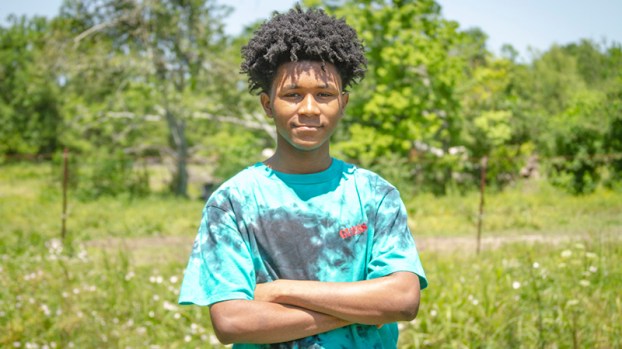 LAPLACE — LaPlace teen Cameron L. Johnson was inspired to create a short film honoring Child Abuse Awareness Month after hearing media reports that abuse is on the rise amid the stress of the COVID-19 pandemic.

The 17-year-old’s short film, “Turning Point,” is part of the Film Prize Jr. competition and can be viewed at the following link: filmprizejr.com/#highschool

Voting is open through midnight April 25 at filmprizejr.com/vote-high-school/ 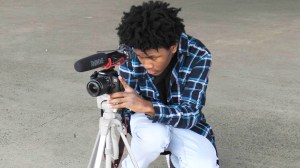 Cameron Johnson had a lot of responsibilities as a director.

In “Turning Point,” a teenager dealing with abuse opens up about his situation during a heartfelt talk with his best friend at a skatepark.

Cameron was the screenwriter, director, cinematographer, editor and one of the actors in the nine-minute film, which also starred Benjamin Sulcer.

Cameron said the topic of child abuse was also inspired by the television series “This is Us,” where flashbacks showed main character Jack Pearson and his younger brother Nicky having to tiptoe around an abusive father.

Watching stories unfold in television and in movies sparked Cameron’s desire to pursue a future in the film industry. “Turning Point” is the second short film he has created, and he took inspiration from the scenery around him as he developed the script.

“I already knew the location where I wanted to shoot the short film, so I pretty much just started writing around that specific place. I had to make a short story that included at least two people that could fit in that environment for the story,” Cameron said. “I started writing a script. It took maybe a month or so to write, constantly making progress and wondering what’s going to happen next in this story. In March, we started shooting the short film, and I also started editing in March.”

Equipment used for filming included a camera and tripod, microphones clipped onto shirts and a shotgun microphone. One of the biggest challenges for Cameron was directing another actor for the first time. 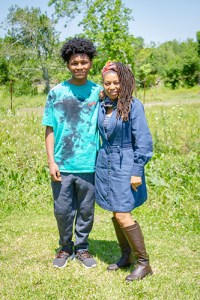 Cameron Johnson is pictured with his mother, Shazell Johnson.

Cameron’s mother, Shazell D. Johnson, produced the film through her company, All That Kreations. Her services include but are not limited to digital and traditional marketing, social media management, website maintenance, film making, acting/memory techniques, and film and photo editing.

“My job was to make sure Cameron had everything he needed, to be supportive, assist with the script and give advice when he needed it or asked for it,” Johnson said. “I assisted in setting up the set and equipment and offering overall encouragement and support to help bring his vision to fruition.”

Cameron is kind, soft-spoken and humble, but he doesn’t shy away from the camera. Drama is his genre of choice when it comes to acting.

“I want to focus mainly on an acting career while also focusing on film and eventually starting my own production company,” Cameron said.

He’s an artist through and through, and his other talents include 3D modeling, drawing, photography and video editing.

Above all, his mother is proud of the young man he’s become.

“He’s so humble, and I see a lot of creativity in him,” Johnson said. “He’s such a gentleman. Chivalry is not dead with him. He’ll open a door or pull out a chair for ladies. He’ll still come around to my door and open it for me.”

For more information about Cameron and his short film “Turning Point,” visit FilmPrizeJr.com, search @TurningPointShortFilm2021 on Facebook and Instagram or email ATKFilmProductions@gmail.com.