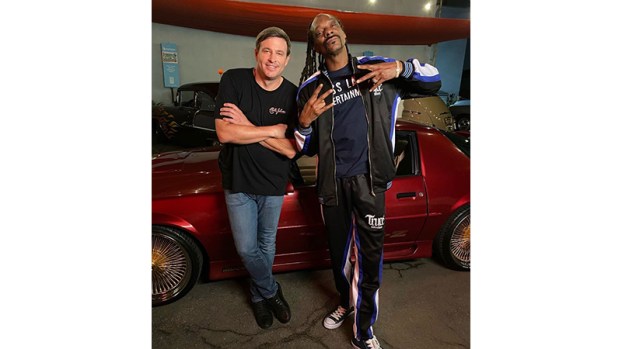 DALLAS – Restaurateur and philanthropist Todd Graves is rolling up his sleeves to help struggling restaurant owners recover from the COVID-19 pandemic in a new series, Restaurant Recovery, streaming exclusively on discovery+. Beginning Thursday, April 15, double episodes are available each week.

As founder and CEO of the popular restaurant chain Raising Cane’s® Chicken Fingers, Todd brings his deep industry knowledge and undeniable passion for helping the community to Restaurant Recovery. In each episode, Todd and his team work directly with local restaurateurs that are struggling to hang on, by providing creative ideas, hands-on renovations and financial support. Investing more than $100,000 per restaurant and $1 Million overall, Graves helps to bring the restaurants back to their former glory.

“Todd Graves is one of the most successful restaurateurs in the country,” said Courtney White, President, Food Network. “Having started his business as a young entrepreneur from the ground up, Todd knows about the challenges that exist in making a restaurant work, which is why he is the perfect person to help save these family-owned establishments.”

“The pandemic has been devastating to the restaurant industry as a whole, but thankfully, due to our drive-thrus at Raising Cane’s, we were fortunate to maintain our business,” said Graves. “As a result, it became so important to me to pay it forward to those in need by offering financial and professional support. These great family-owned restaurants are important not only to their employees, but also the community and owners who sacrificed so much trying to keep the doors open. Our hope is that by providing a platform to highlight and amplify their awareness, these restaurants will be able to bounce back stronger than before.”

In the first episode, Todd visits Chili John’s in Los Angeles. Open since 1946, Chili John’s was rescued from imminent foreclosure by a retired Coast Guardsman and his wife three years ago. But overnight, COVID-19 knocked out their major sources of income – the employees from nearby studio lots and the film industry that would regularly rent their charming location for movie shoots. With mounting debt and no end in sight due to the complete indoor dining ban, Chili John’s is on the brink of collapse. Todd brings in his team, along with good friend Snoop Dogg, to help save the business.

In the next episode, Todd visits Smokey John’s in Dallas, a restaurant owned and operated by two brothers carrying on their father’s legacy, including keeping all of their employees afloat even when they can barely pay the bills. 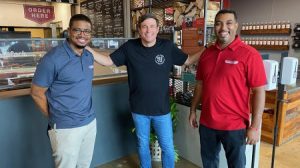 Other episodes include Todd returning to his hometown of Baton Rouge with basketball Hall of Famer Shaquille O’Neal to help Poor Boy Lloyd’s, a legendary seafood spot in Louisiana; and a 107-year-old candy shop and diner in St. Louis struggling to keep the lights on, as Todd recruits rapper Nelly to help boost sales. Other markets featured in the series are Chicago, Houston, Phoenix, Denver, Las Vegas and New Orleans.

Entrepreneur and philanthropist Todd Graves knows just how hard it is to start a restaurant. As founder and CEO of Raising Cane’s Chicken Fingers, Todd has grown his business from a single restaurant in his hometown to more than 550 locations across the U.S. and beyond. Having led his team through numerous disasters including Hurricane Katrina and most recently, the COVID-19 pandemic, he also knows how hard it is to keep a restaurant going and to bring it back after a crisis.

For more info and to see the trailer, visit RestaurantRecovery.com and follow along on social media using the hashtag #RestaurantRecovery. Restaurant Recovery is created with producers Kapil Mahendra and Paul Beahan through their Calabasas Films & Media (CFM) banner and Wheelhouse Entertainment’s Spoke Studios.

It began as a college dream — a restaurant that served high quality chicken finger meals and nothing else. From this vision, Todd Graves created a business plan that, ironically, earned the lowest grade in the class. The professor said a restaurant serving only chicken fingers in South Louisiana would never work. Undaunted, the young entrepreneur presented his business plan to any banker that would see him. Each time, Graves received the same negative response. Knowing he would need to raise his own capital, Graves went to California to work as a boilermaker in an oil refinery and then on to Alaska, where he worked in the dangerous trade of commercial salmon fishing. Upon returning to Baton Rouge, Graves reconstructed an old building himself into the first Raising Cane’s restaurant naming it after his yellow lab…Raising Cane. Approaching its 25th year in business, Raising Cane’s has grown from a single restaurant outside the North Gates of Louisiana State University to more than 550 restaurants in 29 US states and the Middle East. Raising Cane’s ranks as the fastest growing fast food company with over a Billion in the U.S. with annual revenue exceeding $2 Billion. Graves’s entrepreneurial spirit has been recognized in Forbes, Entrepreneur, Business Insider, Inc., Rolling Stone and USA Today. He’s appeared on MSNBC, FOX’s Your World with Neil Cavuto, FOX & Friends and CNN. He’s also been featured on episodes of FOX’s Secret Millionaire, Food Network’s Food Court Wars, Animal Planet’s Treehouse Masters and Discovery’s Fast N’ Loud. Graves ranked #28 in the Top 100 CEOs in the US by Glassdoor. He has been named an Ernst & Young Entrepreneur of the Year and was awarded the SCORE Award for Outstanding Socially Progressive Business. Graves is passionate about his community and showing appreciation to the people who have made his dream a reality. In the past five years, Graves and Raising Cane’s provided $35 million in support to the communities where Cane’s restaurants operate and in 2021, will add another $13 million of support.

discovery+ is the definitive non-fiction, real life subscription streaming service. discovery+ features a landmark partnership with Verizon that gives their customers with select plans up to 12 months of discovery+ on Verizon. discovery+ has the largest-ever content offering of any new streaming service at launch, featuring a wide range of exclusive, original series across popular, passion verticals in which Discovery brands have a strong leadership position, including lifestyle and relationships; home and food; true crime; paranormal; adventure and natural history; as well as science, tech and the environment, and a slate of high-quality documentaries. For more, visit discoveryplus.com or find it on a variety of platforms and devices, including ones from Amazon, Apple, Google, Microsoft, Roku and Samsung.