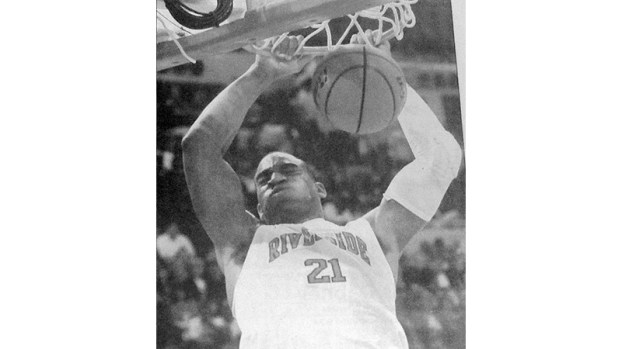 2010 – Riverside’s Rico Gathers throws down a dunk in the Class 2A championship game against Jonesboro-Hodge. Gathers has earned numerous honors this season. He was named MVP of that title game and of Class 2A after leading his Rebels to the state championship. Now the sophomore  earns Most Valuable Player honors in St. John Parish after averaging 19.9 points, 15 rebounds, 3 blocks and 2 steals a contest.