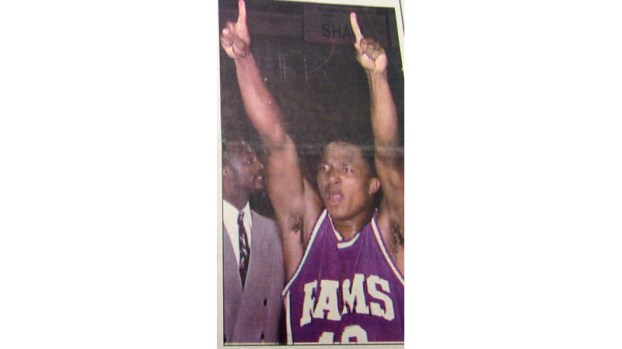 2000 – West St. John and St. James made River Parishes’ sports history at the Top 28 tournament in the Cajun Dome in Lafayette when the Rams and Wildcats became the the first teams from the area to capture boy’s basketball state championships. Pictured inside this post is Claudell Parker proudly shows off St. James’ Class 3A state championship trophy after the Wildcats defeated St. Bernard 66-65. The image at the top – West St. John’s Jeremy Lumar celebrates the Rams’ 84-74 victory over Coushatta in the Class 2A title game. 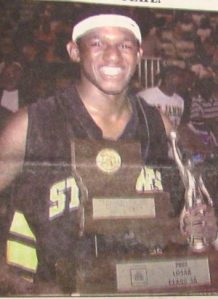