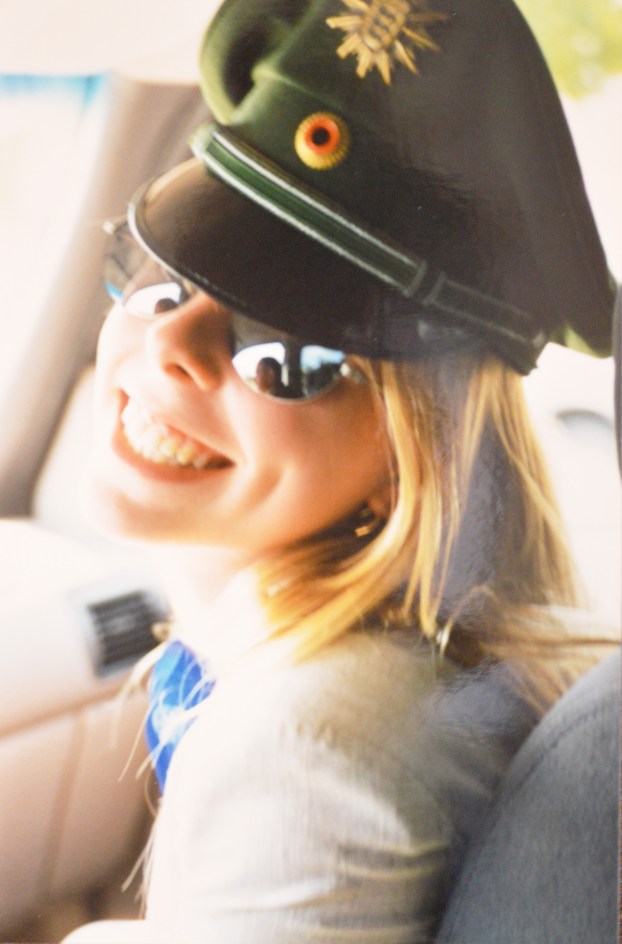 Nikki was only 12 years old when St. John Parish deputy Barton Granier was shot and killed by an armed robber in 1996. Concerned for the safety of officers in her community, Nikki held up the $100 she had won in a school contest and insisted that she wanted to donate money for the sheriff’s office to purchase bulletproof vests.

A meeting with Sheriff Lloyd Johnson opened her eyes to how expensive the venture would be. Undeterred, Nikki rose to the challenge and founded Kids for Cops, and organization focused on raising money for officer safety and educating children on the importance of respecting police. Nikki’s respect for law enforcement was largely rooted in the good work of D.A.R.E. officer Michael Hoover.

Kids for Cops became massively successful, raising $30,000 for the purchase of 100 bulletproof vests.

It was a shock when Nikki passed away unexpectedly at age 17 on February 27, 2001, hours after showing symptoms of meningitis. At the time of her passing, she was a junior at Reserve Christian School and a member of the volleyball, softball and basketball teams. She was a black belt in karate, an active member of her church and a beloved older sister to siblings Ashley and Kyle.

In a L’OBSERVATEUR interview with previous publisher Stephen Hemelt, Nikki’s mother said her daughter was the ultimate teacher.

“God gave me this little girl to raise, but she raised me,” Paula said. “He only loaned her to me. She made me a better person. She taught me how to give,” Paula said.
While 20 years have passed since Nikki’s family has heard her voice or seen her smile, she is fondly remembered in the community. Her legacy has lived on through the annual Stephanie Wilking Outstanding Youth Award presented by the Rotary Club of LaPlace.

An award in her namesake was also given annually to the St. John Young Marine who collected the most service hours by the end of the year, according to former Unit Commander Brian Bertrand.

Bertrand is never shy about sharing his memories of Nikki, who he admired immensely.

“Not long after I got hired with the St. John Sheriff’s Office around 1997, I got onto the road and was given a vest and told she had spearheaded the effort to get the vests,” Bertrand said. “I did not know her at the time.”

A year or two later, Bertrand was on a routine call to retrieve keys locked in a car when a teenage girl walked up to him and gave him a tap on his chest.

He was confused and a little taken aback until she explained it was a tradition she had to make sure officers were wearing their bulletproof vests.

When Bertrand said a young lady in the community was kind enough to raise money for the vests, she replied, “Yeah, that was me!”

Bertand was working in the K-9 unit at the time, and Nikki asked if his dog had a vest. The five K-9 officers did not have vests, and Nikki assured Bertrand that she would take care of it.

“I feel indebted to that family forever,” Bertrand said. “I still keep in touch with her mother, Paula, and I’m so proud of Kyle and Ashley and all they’ve accomplished.”

When Nikki passed, Bertrand was part of the Honor Guard that gave her a special send-off.

“We considered her one of us because of all she did for us,” he said.