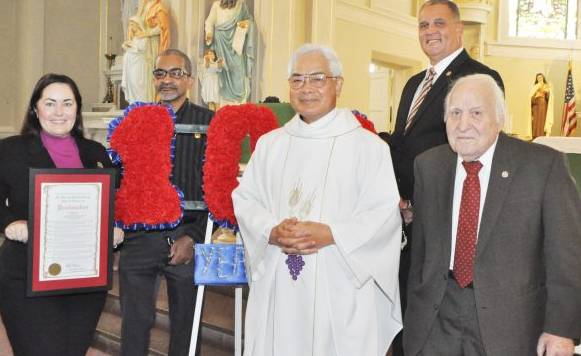 St. John the Baptist Catholic Church in Edgard is an architectural marvel that is rich in history and equally rich in love. 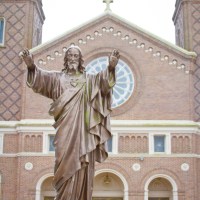 St. John the Baptist Church is located at 2361 Highway 18 in Edgard.

The current church building was consecrated on Oct. 28, 1920 at 2361 Highway 18 in Edgard. For the past century, the building has been a beloved home forgenerations of Catholic families in the River Parishes. While the current building was consecrated 100 years ago, the roots of the church trace back to the 1700s. In the early 1720s, a group of German settlers established a settlement in the area now known as Lucy. The area became widely known as La Cote des Allemands, or The German Coast, and a small chapel was built to serve the growing population. 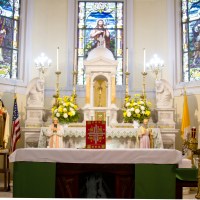 In 1769, Acadians who settled in the area began a search for land to build a church. It was decided that wealthy bachelor Jacque DuBroc would donate four of his 12 arpents ofland along the Mississippi River for the construction of a church and cemetery.

According to historian Warren Caire, St. John the Baptist Catholic Church is the third oldest church parish in the Archdiocese of New Orleans, predated only by the St. Louis Cathedral (1718) and St. Charles Borromeo in Destrehan (1723).

The first church stood in the same location as the modern St. John the Baptist Church. Land was expropriated on February 21, 1770, and the building was constructed using hand-hewn Cypress trees.  The first pastor was Spanish Capuchin Father Bernardo de Limpach. 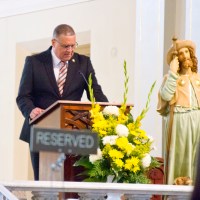 Sheriff Mike Tregre shared that he remembers taking field trips to the St. John the Baptist Catholic Church as a child and admiring the grand architecture.

After the first church building was swept away by floodwaters in 1821, Father Vito Modestus Mina, the parish priest at the time, orchestrated an effort to build a new church in the same location. Rather than using cypress trees, builders utilized handmade bricks for much of the structure. The second church, consecrated on March 17, 1822, also included a large wooden steeple that became a recognizable icon for travelers along the Mississippi River.

Just four years shy of its 100th anniversary, the second church building was destroyed in a vicious fire on March 19, 1918. Undeterred, Father Theopile Stenmans and the dedicated church community followed in the footsteps of their ancestors and began to rebuild. Just three days after the fire, $50,000 was subscribed for the new church at a meeting among parishioners. 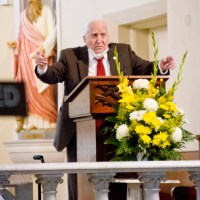 Historian Warren Caire presents the history of the St. John the Baptist Church.

The current church was built at a cost of $146,000, debt-free, and consecrated on Oct. 28, 1920. Adjusted for inflation, this would equate to approximately $2.52 million in expenses today.

The bells in the bell tower were recovered from the 1918 fire and serve as a link to former generations of the church parish.

The St. John the Baptist Church that greets parishioners and visitors today is reminiscent of a magnificent Roman Renaissance style. The grand structure is 143 feet long and 60 feet wide, with two towers reaching 89 feet into the sky.

Grand and worldly, the Roman Renaissance style architecture includes altars and communion rails made of white carrara marble imported from Italy and stained-glass windows made in Munich, Germany. Every ornate detail tells a story of the perseverance of generations of St. John the Baptist parishioners.

As parishioner Betty Joseph puts it, the true church is not the building, but the people.

“I think what makes St. John the Baptist Catholic Church special is that we are a family,” Joseph said. When someone is in need, we all chip in. When someone needs a ride, we come pick them up. When someone loses a loved one, the whole house is filled with people to share in the burden, pray with you and pray for you.” 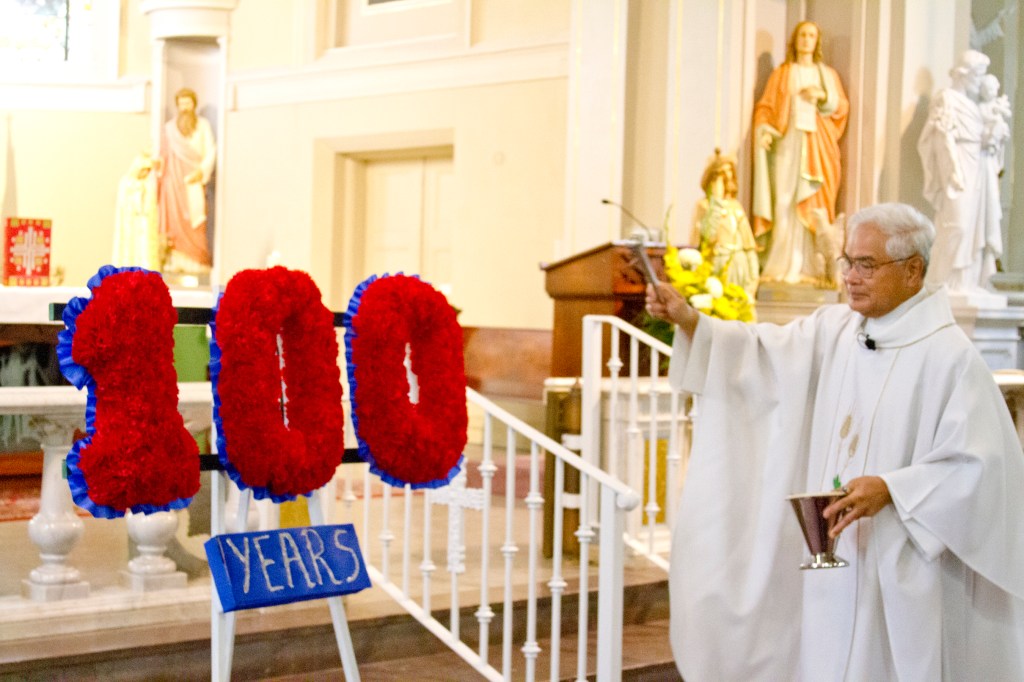 Father Robustiano Morgia remembers being told that Edgard is so quiet, “you can hear the sugarcane grow.” That has not stopped the church and parishioners from making bold impacts in the community.

“As we highlight the celebration, let’s remind ourselves that we are the people of today who will take care of this church and pass it on to the next generation,” Morgia said.

Preparing the next generation

Joseph has been a CCD teacher for well over 40 years, starting from the time she was 19 years old. Children under the Confirmation of Christian Doctrine program become deeply engrained in the church, whether they train as lecturers, join the youth gospel choir or participate in Nativity scenes and passion plays.

Through the years, Joseph has seen so many children step out of their comfort zones as the grow into their leadership abilities and their Catholic faith. 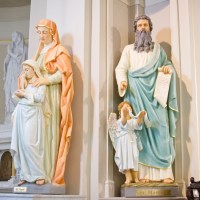 Old statues were beautifully restored this year at St. John the Baptist Church in Edgard.

“We teach them the Christian way. We teach them about Jesus and the Catholic faith,” Joseph said. “We have first through 11th graders, and I work with the high school group,” Joseph said. “From a Catholic standpoint, confirmation is sort of an adult baptism. When you are baptized with water as a child, it’s your parents deciding for you. With Confirmation, you are now deciding for yourself.”

Joseph said Archbishop Gregory Aymond recently visited the Edgard Church for the confirmation of 13 11th graders and two adults. While confirmation is one of the Sacraments of the Catholic Church, it is only a piece of a young person’s spiritual life.

Younger children participate in Nativity scenes at Christmas, while older children take part in a passion play during the Easter season to understand what took place when Jesus was crucified. Joseph will never forget her late son, Juan, playing the part of Jesus on the cross. Likewise, she will never forget her younger son, Dre, telling her, “I knew Jesus was crucified, but I didn’t know he went through so much.”

Another ministry within the church involves liturgical dancers who praise God through movement.

“That was kind of new to some of our old Catholics because they couldn’t totally relate to dancing in the church,” Joseph said. She directed the skeptics to scriptures in the Bible where Jesus said to praise the Lord with song and dance. Today, the liturgical dancers bring God’s word to life during Easter, Christmas and Black History Month programs.

According to Joseph, the leadership skills and confidence the liturgical dancers cultivate will help them moving forward in life. The same principle applies to children in the gospel choir who start out too afraid to sing. As they come out of their shells, the completely blossom in the light of God. 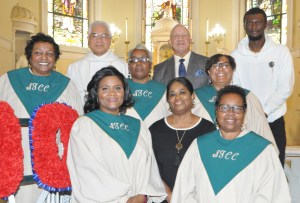 Joseph said many of the older students start out self-conscious when it comes to reading in the church. Once they find their voices, they go on to become lecturers, ushers, greeters and Eucharistic ministers within the church.

Adult ministries are equally active within the church. The adult gospel choirs sing for funerals and spiritual holidays while a hospitality team prepares the church for special events. Church members have contributed to charitable food drives and coat drives for the needy in the community.

Even Father Morgia labors for the church and can often be found cutting the grass on the surrounding grounds. Joseph said everyone has a niche inside of their loving church family.

“I’m not saying that other churches don’t have those type of things, but I do know that at St. John the Baptist Catholic Church, we are a close-knit family. We look after each other as a whole,” she said. 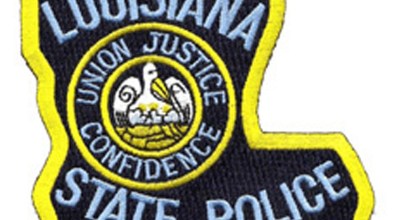 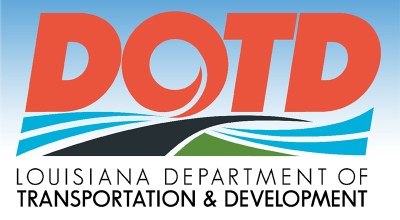 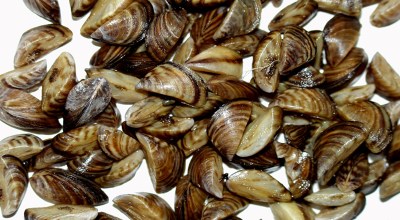