Keller: Give thanks to God for the good &…

By 6 a.m. on Jan. 1, Montegut had already received a call about a fatal traffic accident. March 23, the first day of his new term in office, was the same day St. John Parish recorded its first COVID-19 related death. Seventeen more COVID-19 deaths occurred in the eight days that followed.

Montegut shared his experience with the pandemic during the regular July meeting of the St. John Business Association, held Wednesday night at Petra Restaurant in LaPlace. The Honorable Judge Jude Gravois of the Fifth Circuit Court of Appeals was the second guest speaker of the night.

Montegut explained that the Coroner’s Office is called to investigate deaths that occur in the parish, typically outside of medical facilities. The office typically deals with traffic accidents, homicides, suicides, overdoses and other unnatural deaths.

Montegut has lived in St. John all his life and has had a medical practice for 40 years, but he has never experienced anything like this year’s COVID-19 response.

On March 23, there were 16 reported cases and one death. By April 13, there were 556 documented cases. Fifty locals lost their lives to the virus in April.

By May, the virus was on the decline with 89 new cases and 15 deaths in St. John. June saw 108 new cases and four deaths. However, cases are beginning to rise again locally, and 58 new cases were reported in the first week of July.

Since March, 11 deaths have come from the Edgard area. Montegut said there were East Bank hot spots scattered around LaPlace and Reserve, while Garyville came out relatively unscathed.

There are now reports of ICU beds filling up in nearby states such as Texas. However, Montegut said some reports are misleading. While the ICU beds may be full, sometimes only 15 percent of the beds are filled with COVID-19 patients. In his work locally, Montegut hasn’t seen many younger people die from the virus.

“It’s not really as bad as it seems, but we are seeing increases nationwide and somewhat here,” Montegut said. “We can’t let our guard down. We still have to be careful. The virus is still very contagious, and there can be serious complications.”

There have been some changes since March in how the virus is diagnosed and treated. While people were initially only getting tested with respiratory symptoms and fever, patients can now get tested without symptoms.

Ventilators are no longer a recommended method of treating patients with respiratory symptoms since it proved difficult to wean older adults off of oxygen.

“I really think COVID was here in January or maybe December. Looking back, I had a lot of patients tell me they were really sick and tested negative for the flu and strep,” Montegut said. 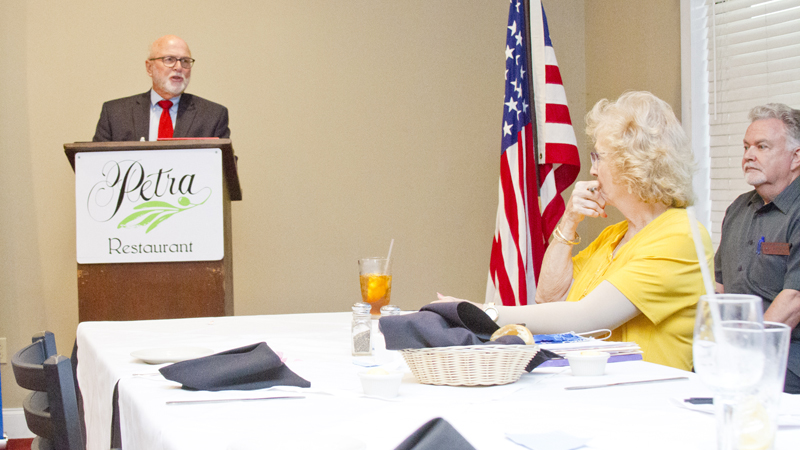 The Honorable Jude Gravois, a Vacherie native, talks about his role with the Fifth Circuit Court of Appeals.

Gravois, a native of Vacherie, began his law career in 1978. He is responsible for handling appeals from St. John the Baptist, St. James, St. Charles and Jefferson parishes.

Gravois explained that the Fifth Circuit Court of Appeals is required to hear every appeal that comes its way. However, appeals are not the same as retrials, and lower court decisions cannot be reversed without good reason.

According to Gravois, the Fifth Circuit Court of Appeals will only find the trial judge has abused his or her discretion when it seems that an injustice was done onto one of the parties. This could include a judge not allowing an important witness to testify.

The manifest error or clearly wrong standard of review comes in when there is no basis for the trial judge’s ruling or if the reasoning behind the ruling is insufficient based on the evidence presented.

Lastly, the de novo review allows Gravois to make a decision as if he were a trial judge.

“We can correct the law and reverse the decision if called for,” Gravois said. “If the judge is applying the wrong law, we should start over and apply the right law.”

It only takes a knock: Outpouring of love supports neighbors in need

WSJ Anglers reel in a win

Snyder is running for Court of Appeals