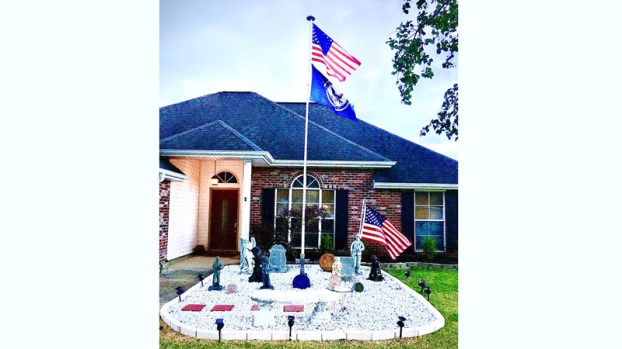 This memorial was initially inspired by the passing of Steve Brooks’ son, Stephen Nicholas Brooks.

LAPLACE — After day turns to night, LaPlace resident Steve Brooks retreats to his front yard to sit by the memorial he assembled in honor of his son. It’s a time of conversation and reflection – a way to manage his grief.

Brooks prays, smokes a cigar and talks to his son. When he’s done, he symbolically points the ashtray toward a statue of a Navy sailor and leaves his son some of the cigar to smoke.

Toward the end of February, Brooks visited Stephen Nicholas Brooks on a whim. They smoked a cigar together in the park and watched people fish. The younger Brooks talked about how 10 years in the U.S. Navy could afford a college education for his future children.

Stephen Nicholas Brooks died March 8, 2020 during an accident at the Naval base in Jacksonville, Florida. He was only 20 years old. 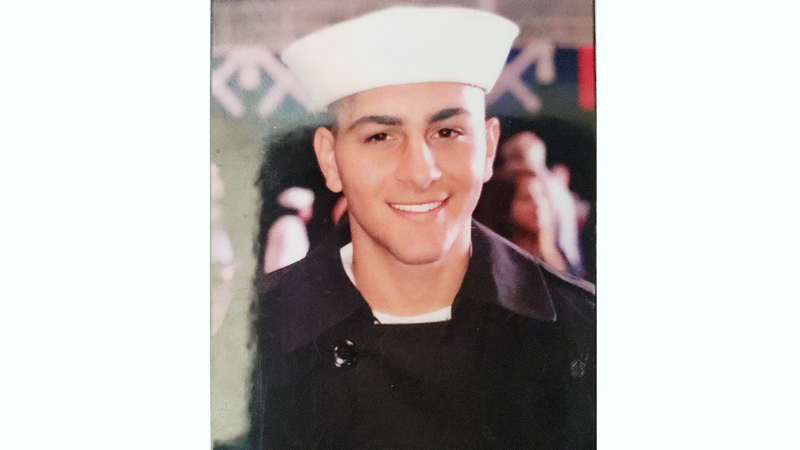 Stephen loved the Navy as much as he loved America. He was kindhearted, fearless and incredibly humble. Until his death, his family didn’t know he was the team leader of a group called the Flying Squad.

Whenever a problem arose on the ship, day or night, Stephen was the first to respond. He was a full-fledged firefighter on a guided missile destroyer called the USS Thomas Hudner, and his bravery made his father proud.

Prior to retiring and moving to LaPlace in 2013, the elder Brooks worked for many years as an officer for the New York City Police Department.

Brooks was on the front lines of the World Trade Center response on Sept. 11, 2001, when little Stephen was 2 years old. While heading toward the towers, a sergeant told him to stay back in case he needed to bring someone to the hospital. That decision gave Brooks 18 years to watch his son grow into a man.

Stephen grew up in the shadow of 9/11, watching his father go to special appointments that were actually World Trade Center monitoring. The devastation of the attacks and the power that came from uniting as Americans to navigate difficult times shaped his upbringing.

Stephen was a competitive wrestler in high school and an all-around good kid. After graduation, he went to electrician school for two years before joining the Navy.

“He made me really proud very quickly,” Brooks said. “He was very handsome, and he always had a smile on his face.” 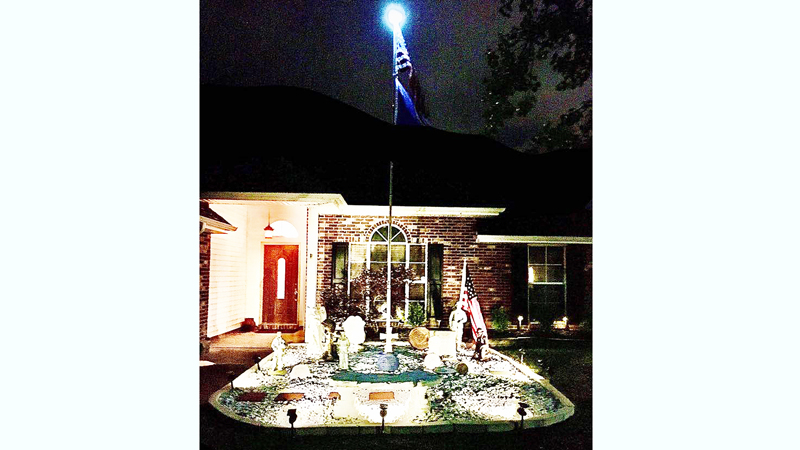 The Brooks memorial is very well lit for nighttime viewing.

Stephen’s chief recounted checking on him during early morning watches and asking him what he could possibly have to smile about at 2:30 a.m.

That was just his nature, according to Brooks.

Stephen’s burial was a 14-day process. When Brooks returned home to LaPlace, he knew he needed something to hold onto.

Soon, his front yard was shifting into a military and first responder memorial fit for a hero.

“I had to do something. I started building, and I originally went with just the five branches of the military,” Brooks said. “Because my son was so modest and his boss told me he was a full-fledged firefighter, I added a firefighter to it. I’m a retired police officer, and police officers came from all over to pay their respects, so I added the Policeman’s Prayer also.”

The front yard memorial, framed by white bricks and filled with gravel, includes stepping stones and a bench to sit and reflect. A 30-foot tall American flag is the centerpiece of the set-up, which includes a collection of meaningful statues.

A firefighter kneeling down, an Army soldier, a Navy sailor, U.S. Navy shield, a Marine, Air Force Stone, Coast Guard memento, missing soldier and fighter pilot surround Brooks as he sits on the bench and smokes his cigar. The memorial also includes a statue for St. Michael, the patron saint of police and military.

When the sun sets, lights illuminate the memorial. Brooks said all are welcome to view it at 620 Foxwood Lane in LaPlace.