TaNaja Williams jumps to the University of Mobile 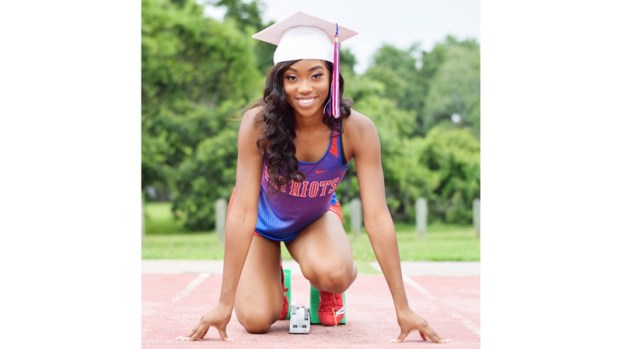 Alanni Martin of LaPlace is headed to the Dillard University track team.

LAPLACE — Cancelled track meets couldn’t stop Alanni Martin of LaPlace from running every Monday through Thursday during quarantine. With every run, she strives to move a little faster in preparation for the next chapter of her life.

Martin, a graduating senior at John Curtis Christian School, has earned a spot on the women’s track and field team at Dillard University in New Orleans.

In addition to her athletic scholarship, she’s earned scholarships based on merit, academic performance, TOPS and visual arts.

Martin is laid-back, creative and open-minded. More than anything, she wants to reach her full potential.

“I’ve always liked to see myself improve,” Martin said.“I didn’t really get to showcase that this year because everything got shut down. My main goal moving forward was to improve my times.”

Martin started running AAU track at 11 years old with the St. John Legends under the direction of Coach Mark Creecy. She quickly gained an affinity for the 100m run, the 200m run and the long jump.

She transferred to John Curtis Christian School in ninth grade but was unable to join the track team until her sophomore year. In 10th 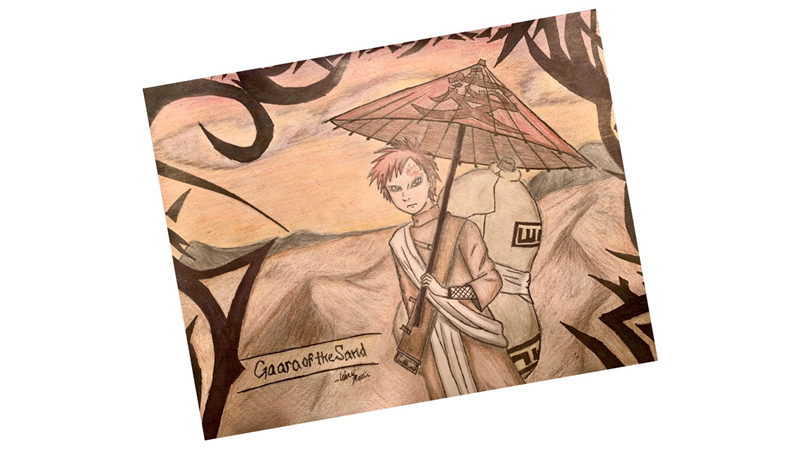 Visual art is another one of Alanni Martin’s passions.

grade, Martin finished third in district for the 200m run. In eleventh grade, she elevated that to a second place district finish.

In 2019, the John Curtis Patriots were the state champions overall and for the 4x200m relay. The Patriots were also named runner-up for the outdoor state competition.

With AAU track, Martin has qualified for the Junior Olympics several times and has collected an array of medals ranging from gold to bronze.

Throughout high school, Martin mainly focused on the relays.

“I like when we work together as a team on the relay,” she said.“It was fun traveling for some meets. I got a lot of experience at Curtis.”

Martin met Dillard track and field coach Derek Gay two years ago at an AAU training camp at Terrebonne High School. Track coach Ron Thibodaux invited her to the event, which would go on to change the course of her future.

Visiting Dillard University sealed the deal. The student union, easy to navigate grounds and assortment of campus activities made Dillard feel like home, according to Martin.

“I’ve known the coach for about two years. He was very welcoming and very different from other coaches,” Martin said. “I visited the college, and I liked everything. It has a very family-like atmosphere.” 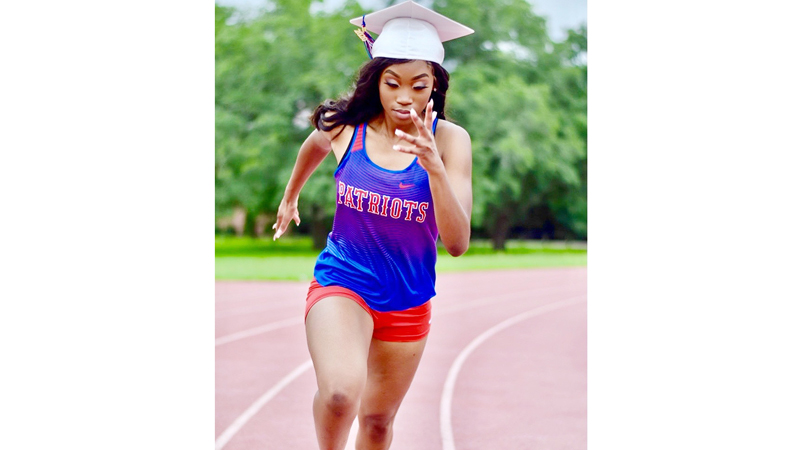 Alanni Martin has had made her mark in track and field in school and AAU meets.

She gained her love for arts and athletics from her father, Lynn Martin. He ran and jumped through high school and college, and he accompanies his daughter every week as she gets in shape for her collegiate track career.

Martin’s mother, Marneka Martin, said she has a lot to be proud of.

“I’m very proud of Alanni in terms of her determination,” she said. “She’s always trying to improve her time. She puts in the work to do that. I’m proud of her creativity. She’s never taken an art class a day in her life. She has natural, raw, artistic talent.”

In high school, Martin was also part of the Fellowship of Christian Athletes. She maintained a 3.6 GPA and a spot on the honor roll.