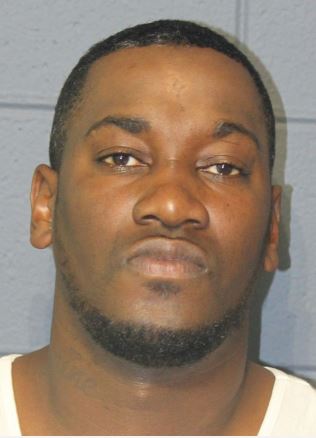 Sheriff Mike Tregre announced officers are seeking a LaPlace man for the murder a 25-year-old LaPlace woman. Detectives are asking for the public’s help in locating Corrie Wallace, age 37.
On April 4, 2020, about 3:30 a.m., deputies responded to the 400 block of Belle Terre Boulevard in LaPlace for the report of a hit and run. Upon arrival, officers located a crashed vehicle and a female unresponsive in a vacant lot, with a gunshot wound. The female was pronounced deceased at the scene by the coroner’s office.
Through the SJSO crime video surveillance and video footage from neighboring businesses, officers developed Wallace as the suspect.
Anyone with information on this incident is asked to call the St. John Parish Sheriff’s Office TIPS line at 985-359-TIPS, SJSO dispatch at 985-652-6338, or the Criminal Investigations Division at 504-359-8769. Citizens can also submit tips on the Sheriff’s Office website at http://stjohnsheriff.org/submitatip.php