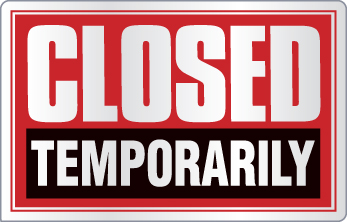 Belle Terre Country Club announced that it will be closed until   April 30 or until further notice. This is in an effort to cooperate with the St. John Sheriff’s Office.

Donut Hole, located at 421 W Airline Hwy in LaPlace announced they would be closed until further notice to protect both its patrons and employees.