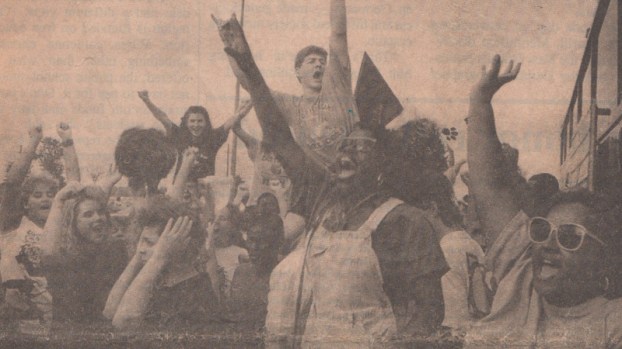 A screaming crowd of fans welcomed the championship baseball team home from Shreveport in May 1990.

LAPLACE —Coach Johnny Owen knew from the first team meeting that the 1990 East St. John baseball team was going to be special.

Special might have been an understatement. The 1990 season was a perfect storm. Thrashing defending champion Rummel 14-8 with 19 hits to win the Quad A state championship was exceptional in itself, and making school history with an undefeated 28-0 record was the icing on the cake.

Now, 30 years later, all players and coaches from the 1990 state championship baseball team are invited to a reunion and to throw the first pitch on the East St. John baseball diamond during a district game. The reunion is tentatively scheduled to begin at 1 p.m. Saturday, April 18. However, the date will be re-evaluated in April, near the end of the state-mandated school closures for coronavirus concerns. 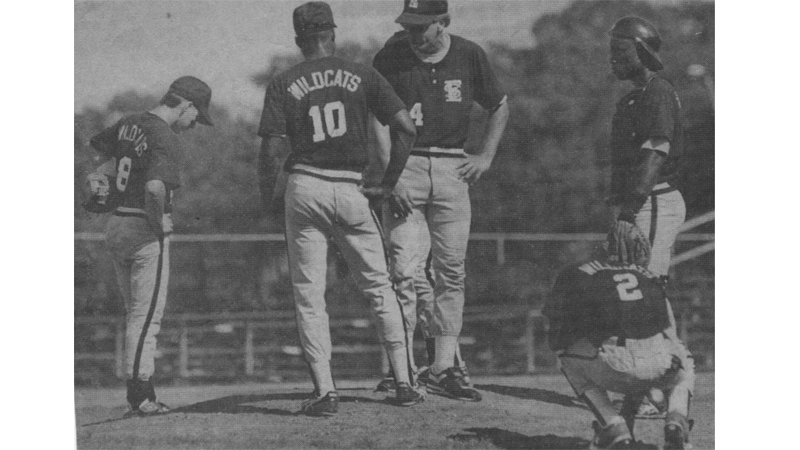 The 1990 Wildcats baseball champions regroup on the mound during the state tournament.

The 1992 championship team is also invited.

Before coaching the Wildcats from 1981-1992, Owen ended his high school baseball career on the 1971 state championship baseball team at East Jefferson. He liked to imagine how a match-up between the Wildcats and Warriors would have gone when both teams were at their peaks. The championship mentality carried by both teams is hard to come by and impossible to forget.

“The parents, the kids, the support — I couldn’t have asked for anything more,” Owen said. “I’ve never seen a group of kids more determined, more competitive, than this bunch.”

Owen said the boys “had that look in their eyes,” purposeful and resolute. He told them before the season even started that they should never lose a game if they play up to their standards.

There were big moments. One of the best games Owen remembers was beating Holy Cross 3-2 in the quarterfinals. The crowd was lined down the left and right field lines like it was football season.

In one game, the Wildcats slugged six homeruns in a single inning. Senior Leroy Williams was a boy who became a legend, batting over .500 and slamming 12 homeruns for the season. He was a second-round draft choice for the Los Angeles Dodgers right out of high school.

Senior Darryl Nicholas was another exceptional player who advanced to Class AAA, the highest level of play in Minor League baseball.

Terreke Grover, a junior on the state championship team, said Williams and Darryl Nicholas were the glue of the team, along with sophomore Chris Nicholas.

“Chris played a big role as a younger sophomore on the team,” Grover said. “He was the catcher, and he had an overall view of the field and the knowledge of the game. He was the one who called plays out.”

Grover came to the pitching mound to save two of the three state tournament games in Shreveport, earning victories from more than seven innings of work. The old and trusty glove Grover had used since he was 8 years old was clipped by a line drive the game before he pitched, and he was feeling down after making some errors and scooping up dirt on the field.

He was stunned when he was named MVP of the championship.

“It means the world to me,” Grover said. “It’s a good feeling, even now, being 46. It’s the feeling of knowing what we accomplished. It was a highlight in my life as well as others because going 28-0 is not an easy task against those Catholic teams.” 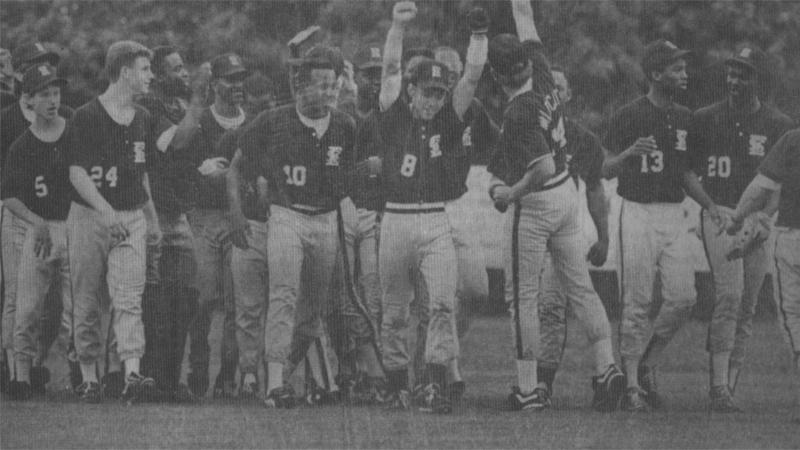 The 1990 Wildcats baseball team made history with a 28-0 undefeated season that hasn’t been replicated in 30 years.

Hitting was on point from batters one through nine. Bardell would find a way to get on base no matter what, even when the odds were stacked against him. Second baseman Gary Aucoin was typically the leadoff batter to get the ball rolling. 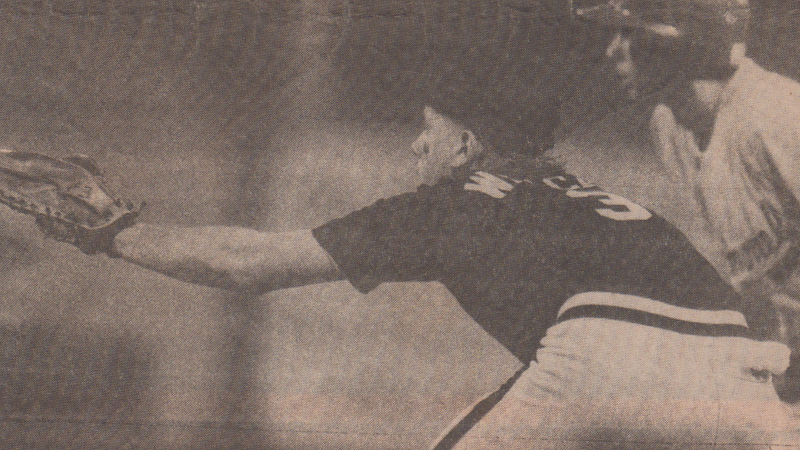 Grover remembers the community celebration that awaited the Wildcats when they traveled down from Shreveport. Cheering fans were lined down Belle Terre Boulevard and Airline Highway, waiting for the Wildcats to make their grand entrance.
“We had a parade after we came back,” Grover said. “They were waiting on us, just like with Drew Brees and the Saints.”

The Louisiana House of Representatives and the Senate later recognized the team for the accomplishment.

“It was something positive for the community, for the school district and the River Parishes,” Owen said. “It’s something you can’t take away from these kids. They were the best. We climbed a mountain and wound up on top.”

For more information on the reunion, find ESJ Wildcats Baseball on Facebook.