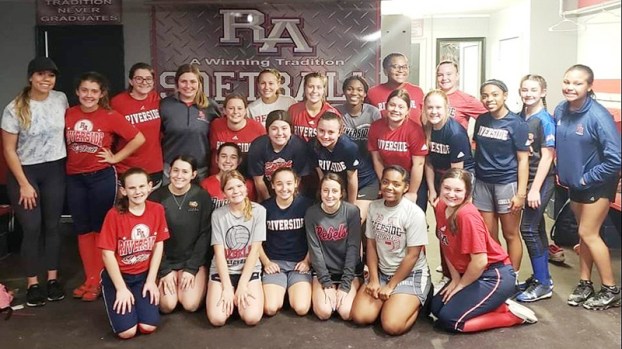 RESERVE – Riverside Academy’s diamonds got a little brighter this week with the announcement of two big hires at the school.

“It shows the humility in our head coaches that we’ve established here at Riverside,” said Rebels Athletic Director Timmy Byrd. “They don’t care who gets the credit as long as we’re successful. Marty is a recognized guru in baseball and has been successful at many schools. Sahvanna brings an unbelievable pedigree from a player standpoint. She’s been one of the most decorated players to come along in Louisiana as a player, and now instructor and coach.”

In a 24-year coaching career, Luquet was head coach at John F. Kennedy, O. Perry Walker and St. James before taking over at Destrehan in 2002. Destrehan won five district titles under Luquet, who was the Class 5A Coach of the Year in 2002, 2003 and 2005. He led the Wildcats to state championship game appearances in 2003 and 2005, and his 2004 team was nationally ranked with a 33-2 record. He stepped down from the team in 2014 for family reasons, but continued as a special education teacher at Destrehan until May. His lifetime record is 447-251.

Over the past three summers Luquet has coached the Gonzales-based Gauthier Amedee American Legion team, leading it to three state tournament appearances. The team won state in 2018 and advanced to the American Legion World Series semifinals.

“I’m always looking for the next opportunity to work with kids, and Riverside was the first to give me that opportunity,” Luquet said. “I’ve never been retired, despite the fact that I’m no longer in school. I’m looking forward to going over there and redeveloping the baseball program. It’s not that far from their state championship in 2017. Things have declined a few years and, despite losing some players, Craig and I are planning on fixing some things. We’ll bring it back.”

Jaquish was standout catcher and infielder at LSU from 2014 to 2017. Her senior year she was First Team All-America, Second Team All-SEC, a member of the SEC All-Tournament Team and a USA Softball Collegiate Player of the Year finalist. She also was a member of Team USA, winning gold in the 2019 Japan Cup, the 2019 Pan American games and the 2018 WBSC World Championship.

“We are so excited,” Regalo said. “She is going to bring so much knowledge and experience to our girls.”

“We’re trying to make some moves, get the right people in the right places on the bus going forward,” Riverside principal Mike Coburn said. “Everybody’s pumped up. The girls are pumped up. Even the parents are like, ‘this is fantastic.’ I think she’s truly going to make a difference in our program and we think we’ve got a dynamite program for this season. Marty, he’ll be in charge of getting after it and getting our program back where it needs to be. We’ve got great coaches and great kids and we need to get it back.”