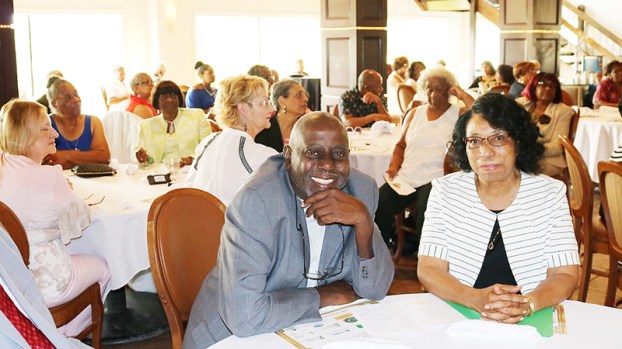 Approximately 80 guests attended the dinner, including 23 who were already members of St. John RTA.

According to president Lula King, 13 guests became paid members by the end of the night, and 10 more took home applications with intent to join.

“We have only been around for two years and we haven’t had a lot of members, so this was a huge event for us,” King said. “We are very pleased with the turnout.”

King said St. John RTA is a chapter of the statewide Retired Teacher Association, an organization that defends benefits teachers receive in their retirement.

Superior protection comes from keeping retired teachers abreast of new legislation and allowing members to lobby for their rights at the state level, King said.

“Most of these retired teachers are certified for life, meaning they can be an asset to our school district,” said Sanders, a St. John the Baptist Parish School Board member. “I see new members as another catalyst for our local school system.”

In addition to protecting benefits for retirees, advocacy efforts give a voice to local children, he said.

Sanders worked closely with Smith to promote St. John RTA prior to his passing in 2017.

Sanders, a 20-year veteran of St. John Parish schools, said Smith was instrumental in his journey to becoming school board member.

“He always talked about doing a smaller membership drive in a school cafeteria, and we ended up using a fancier venue.”

The group has a long way to go to build a community presence, according to King.

The St. John Parish chapter was the last to form among 64 parishes, and that void was evident during the biannual Retired Teacher Association state conferences she’s attended for the past eight years.

“A part of the reason we haven’t been able to organize committees is because we’ve been so small,” King said. “We need more members in order to plan activities with our seniors and support the state chapter in its legislative pursuit.”

St. John RTA meetings are held at 1 p.m. on the third Tuesday of January, April, July and October at the School Board annex building in Reserve.